Indian Remy Hair Extensions: All starts from a Hindu ritual 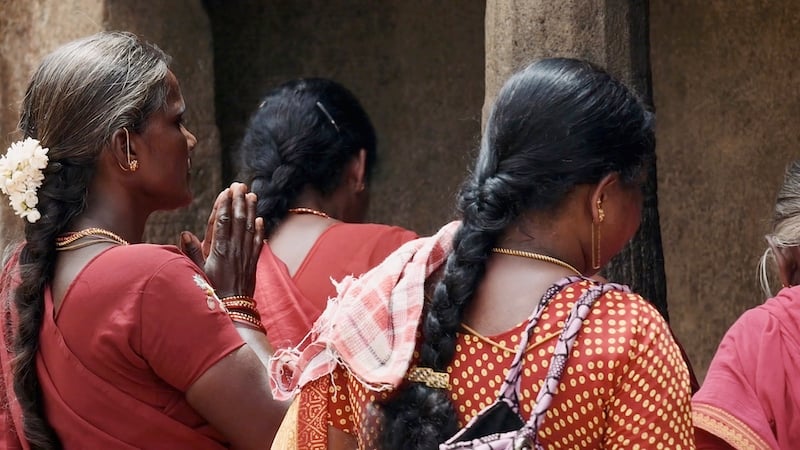 Broadly speaking, where do hair used for hair extensions come from?

Some virgin hair come from Brazil or Peru, some from Mongolia, some from Europe, but the most of them from China (even though very rarely advertised), as China is the biggest exporter and importer of human hair and harvests huge amounts from its own population.

It is not so easy for a consumer to check the exact origin of the hair she's buying, so, as a result, few know where the hair come from and the journey they take across the globe. But at Great Lengths we can boast a virtuous sourcing process, as all of hair come from Hindu temples in India, where voluntary donations deriving from religious practices occur.

The pilgrims are guided by an ancient Hindu myth based on the figure of Vishnu, who lost a part of his hair after being hit on the head by an axe. Thus, the angel Nila Devi offered a lock of her own hair to the God. Such gesture was so appreciated by Vishnu that he decided to grant the wishes of anyone who would donate their hair to him, as a way to show his gratitude.

This is an age-old tradition and in earlier times shaved hair was just left to float down the river and go to waste. Nowadays there's a big buzz in the tonsure halls where the ritual takes place, as some temples are filled with as many as 650 barbers and pilgrims sitting cross-legged on the floor in front of them. The barbers work quickly and the hair is promptly scooped up and sold every few months by the temple authorities via e-auction.

We usually buy our hair on the occasion of these auctions, guaranteeing the Temple a fair remuneration. All of the hair we buy is virgin, meaning that it is hair that has never been chemically treated, it is single drawn sourced, meaning that it has been cut or shaved directly from a single donor and it is Remy, meaning that all of the natural hair qualities are preserved by undergoing a specialist process at our production facility in Rome.

All of these features make of our hair the ultimate quality material, while at the opposite end of the scale is "standard hair" - often used as a more marketable term for hair extensions whose life starts as hairballs, collected from combs and plugholes.